The Rejection of Hell Error 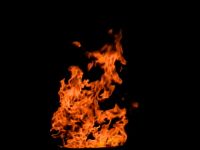 This is another dangerous doctrine put forth by apostate churches. They teach that only the most reprehensible individuals end up in that place of punishment. Is that really so?

Teachers of this errant doctrine should heed what our Lord warned Nicodemus about in John 3:18 (BBE).  "The man who has faith in him (Christ) does not come up to be judged; but he who has no faith in him has been judged even now, because he has no faith in the name of the only Son of God."

But, I suppose some will ask, isn't God merciful to those who lived unsaved lives? Matthew 10:28 (KJV) makes no exceptions when it comes to God punishing disobedience. "And fear not them which kill the body, but are not able to kill the soul: but rather fear him which is able to destroy both soul and body in hell." 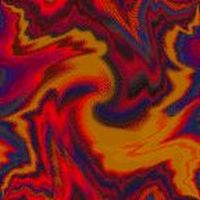 Many churchgoers assume that they'll automatically be in heaven when they die. Matthew 23:15 (KJV) shows Christ's warning to those who were outwardly holy but inwardly wicked. "Woe unto you, scribes and Pharisees, hypocrites! for ye compass sea and land to make one proselyte, and when he is made, ye make him twofold more the child of hell than yourselves."

Though apostate denominations discount the danger of eternal damnation for not surrendering one's life to Christ, Jesus made this truth starkly clear in the parable of the rich man and Lazarus. Luke 16:23 KJV) says, "And in hell he lift up his eyes, being in torments, and seeth Abraham afar off, and Lazarus in his bosom."

And if angels who disobeyed God ended up condemned, how much more ought rebellious humanity be damned? Look at what 2 Peter 2:4-9 (BBE) says. "For if God did not have pity for the angels who did evil, but sent them down into hell, to be kept in chains of eternal night till they were judged; And did not have mercy on the world which then was, but only kept safe Noah, a preacher of righteousness, with seven others, when he let loose the waters over the world of the evil-doers; And sent destruction on Sodom and Gomorrah, burning them up with fire as an example to those whose way of life might in the future be unpleasing to him; And kept safe Lot, the upright man, who was deeply troubled by the unclean life of the evil-doers (Because the soul of that upright man living among them was pained from day to day by seeing and hearing their crimes): The Lord is able to keep the upright safe in the time of testing," and to keep evil-doers under punishment till the day of judging;" 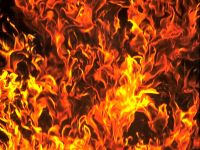 This will be one of my themes in my upcoming book, You Think You're Going to Heaven? So many folks assume they'll be in heaven when they die but they'll be in for a horrific shock once they pass away. I must warn every complacent churchgoer that they too must be born again.

As for Saturday's song, it's one of my favourites. We believers must let agape love rule in our hearts.
Posted by Bruce Atchison - author at 12:22