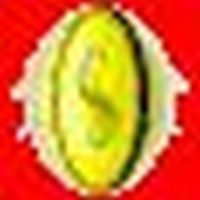 Believe it or not, there are people who maintain that God and the Devil are two sides of the same coin, metaphorically speaking. They believe that both entities are eternal but opposite. This is totally wrong for the following reasons.

First of all, Satan is merely a created being. When referring to Judgement Day, Jesus told his disciples what will happen to the Devil and his angels. Matthew 25:41 (KJV) quotes him as saying, "Then shall he say also unto them on the left hand, Depart from me, ye cursed, into everlasting fire, prepared for the devil and his angels:"

Jude 1:6 (KJV) also speaks of the fate of rebellious angels, including the Devil. "And the angels which kept not their first estate, but left their own habitation, he hath reserved in everlasting chains under darkness unto the judgment of the great day."

The next verse, Hebrews 1:5 (KJV), shows how Christ was never a created being. "For unto which of the angels said he at any time, 'Thou art my Son, this day have I begotten thee?' And again, 'I will be to him a Father, and he shall be to me a Son?'"(

Since worship is reserved only for God who is eternal, the next verse shows that Jesus shares in the Father's nature. Hebrews 1:6 (KJV) explains, "And again, when he bringeth in the firstbegotten into the world, he saith, 'And let all the angels of God worship him.'"

Revelation 3:5 (KJV) also proves that Jesus was no created being. "He that overcometh, the same shall be clothed in white raiment; and I will not blot out his name out of the book of life, but I will confess his name before my Father, and before his angels."

As with all apostates, these people deny biblical truth. I'll point that out in my next book called You Think You're Going to Heaven? Many people claim to be Christians but their actions show that they are just faking it.

On Thursday, I'll post about churches which teach that God is too nice to send sinners to hell. This is a deadly error which we all must confront.
Posted by Bruce Atchison - author at 14:41