The Dismissal of Creeds Error

During the past two-thousand years, church fathers came up with creeds to consolidate and solidify the tenets of the Christian faith. But in these modern days, some believers assume we don't need such supposedly restrictive rules. They believe that merely loving Jesus is enough.

The problem with that notion is that Satan has infiltrated churches with false teachers. We're warned in 2 Peter 2:1 (KJV) of such wicked people. "But there were false prophets also among the people, even as there shall be false teachers among you, who privily shall bring in damnable heresies, even denying the Lord that bought them, and bring upon themselves swift destruction."

Some of these false doctrines end up bringing people into the bondage of works. Paul warned about these types and shadows in Colossians 2:22 )KJV). "Which all are to perish with the using;) after the commandments and doctrines of men?" 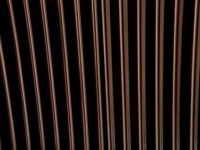 Paul also warned of these retrograde doctrine preachers in Galatians 2:4 (KJV). "And that because of false brethren unawares brought in, who came in privily to spy out our liberty which we have in Christ Jesus, that they might bring us into bondage:"

The Apostle's Creed is one of the first to be adopted by believers. It sets out the doctrines which the church teaches so as to immunize believers from lies.

So why would anybody want to ditch such valuable teaching tools as creeds? Some honestly don't understand their value but others deliberately wish them gone. Jesus said in John 14:24 (KJV) that, "He that loveth me not keepeth not my sayings: and the word which ye hear is not mine, but the Father's which sent me." 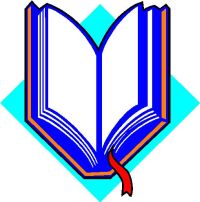 People who are misled need correct teaching, the kind I'm adding to my book called You Think You're going to Heaven? Satan's infiltrators seek gullible followers but we can protect them from lies with the truth. Creeds are the condensed version of those.

On Thursday, I hope to post about the nonsense that we're all born basically good. Some professing Christians actually believe that but it isn't so.
Posted by Bruce Atchison - author at 11:57