Does God Send People to Hell?

One of the most-often cited reasons people have for rejecting God is the idea that he sends folks to hell. Critics argue that people who never heard the Gospel or never heard of God are damned unfairly. The truth is that human beings choose to be apart from God's love and dominion over their lives.

From the beginning, God allowed humanity the choice of obeying him and being blessed verses disobeying him and being cursed. Adam and Eve had only one rule to obey. Genesis 2:17 KJV() shows God's warning to them regarding disobeying it. "But of the tree of the knowledge of good and  evil, thou shalt not eat of it: for in the day that thou eatest thereof  thou shalt surely die." Though they didn't physically fall down dead, they became cursed because they listened to Satan.

We can also see how God allowed the Israelites abundent opportunities to obey and live or disobey and perish. Deuteronomy 30:19 (KJV) plainly states, "I call heaven and earth to record this day against you, that I have set before you life and death, blessing and cursing: therefore choose life, that both thou and thy seed may live:"

Another example of choice is given in Joshua 24:15 (KJV) where it says, "And if it seem evil unto you to serve the LORD, choose you this day whom ye will serve; whether the gods which your fathers served that were on the other side of the flood, or the gods of the Amorites, in whose land ye dwell: but as for me and my house, we will serve the LORD."

Choice was extended to the New Testament people as well. Matthew 4:17 (KJV) reads, "From that time Jesus began to preach, and to say, Repent: for the kingdom of heaven is at hand."

Jesus likewise warned people about hell in Luke 13:3 (KJV) when they asked him about the spiritual wickedness of some people who died. "I tell you, Nay: but, except ye repent, ye shall all likewise perish."

The Disciples likewise warned people to repent. Peter said in Acts 3:19 (KJV), "Repent ye therefore, and be converted, that your sins may be blotted out, when the times of refreshing shall come from the presence of the Lord;" 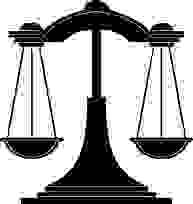 Paul also stated in Acts 17:30 (KJV) to the Greeks,  "And the times of this ignorance God winked at; but now commandeth all men every where to repent:"

I've presented only a few verses here to show that all people have a choice whether to obey or disobey the Lord. I'll be able to expand fully on this topic in my next book called You Think You're Going to Heaven? Some people think God is cruel to send sinners to hell but it's actually a mercy. After all, they hate God and his people. Being dragged into the Lord's holiness for all eternity would be torture for them since They would rather not be with him or us.
Posted by Bruce Atchison - author at 12:11