WHY IS DISCIPLESHIP IMPORTANT? 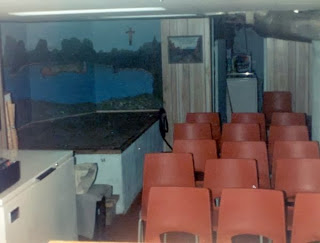 Christians consider proclaiming the gospel to be a vital part of their faith, and rightly so. Yet there is another aspect that must be addressed, namely discipleship. One of the last things Christ said in Matthew 28:20b was, "Teaching them (disciples) to observe all things whatsoever I have commanded you.... " Therefore, making disciples is just as important as proclaiming the good news of salvation.

What a pity that so many new believers are left to seek spiritual nourishment from whichever source presents it. From the research I've done and my own experience, I discovered that cults attract mainly seekers of truth. Hardened atheists and devotees to various religions have no use for cults as they are secure in their own beliefs. New Christians, as I was in the early seventies, have no discernment skills so they fall for any lie that masquerades as truth.

In my case, I had given my life to Christ at a vacation Bible school held in the basement of my sister's friend's mother's home. I went there expecting the usual stories and treats that I'd had at the Lutheran church. But Mrs. Blacklock taught something I'd never heard before. She said that everybody was headed for hell but those who accepted Jesus into their hearts and asked forgiveness of their sins would be saved from that terrible fate. I pondered this new teaching for five days, then decided to surrender myself to the Lord.

I don't blame Mrs. Blacklock for not personally inviting me to her church but I wish she had. As far as I know, nobody came to my family's home to invite Diane and I. Mom doesn't remember either. When I was sent back to Jericho Hill School for the Deaf and Blind in September, I returned to the same Anglican church I had attended for the previous five years.

I became spiritually hungry during the summer of 1970 but nobody had told me why church attendance was important. Consequently, I sought spiritual nourishment from radio preachers. Most of them spoke of basic things which I had already learned but one voice stood out among the rest. When I heard The World Tomorrow, I became captivated with Garner Ted Armstrong's persuasive doctrines and analysis of world news events. This was so different from the "Jesus loves me" preaching I'd heard that I faithfully followed his program.

Then a friend invited me to his house church in November of 1971. Far from the usual Bible study topics, the lay minister spoke of the same sort of things Armstrong preached. I became so captivated by Brother Herald that I joined what I thought of as Thee Church.

As I attended the Wednesday evening meetings, I soaked up everything Brother Herald taught as if it was gospel. Here was somebody who refused to paddle around in the shallow end of the scriptural pool. My desire to know more about God was satiated by his biblical interpretations and I saw no danger in what I learned.

I realize now that Thee Church was a cult and that Brother Herald set himself up as God's mouthpiece. Had I been mentored in apologetics, I would have spotted Brother Herald for the blasphemer he was.

This is why I wrote How I Was Razed: A Journey from Cultism to Christianity. People need to know the truth so they can spot a counterfeit gospel immediately. Read more about this testimony of God's providential guidance at Amazon, Barnes & Noble, or Virtual Bookworm Publishers.
Posted by Bruce Atchison - author at 00:00