JESUS CHRIST IS THE BEST MEDICINE. 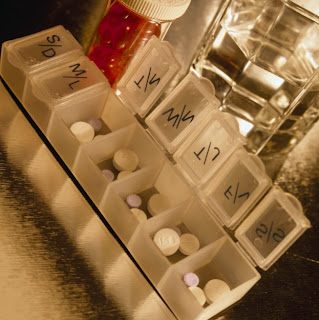 Have you noticed how many different psychological problems "science" has come up with these days. So many emotional problems appear to be solvable with pills of some sort or another. Thanks to
Hope in the Night, June gave me the answer that actually helped me ditch most of my emotional suffering from the wrongs done to me.

June told me that my emotional burden was like having stones tied to the back of a car's bumper. When I unhooked them and let Jesus place them on his bumper, I could make much better progress.  Being much greater than us, Jesus can cary our burdens much easier than we could. June based her answer on 1 Peter 5:6and  7. "Humble yourselves therefore under the mighty hand of God, that he may exalt you in due time: Casting all your care upon him; for he cares for you."

June then asked me to make a list of all the people who hurt me during my life. Then she said that I should tell Christ how I felt about the incidents. She told me to pray that the Lord would take away both the pain and the terrible emotions that I felt regarding each specific incident.

The next day, I sat at my computer and made the list. Then I followed June's instructions. Whenever an unpleasant memory began to anger me, I took it to Jesus in prayer. Though the tormenting thoughts didn't immediately vanish, I've noticed the strength of the bitterness steadily waning .

I've forgiven those who hurt me with lies and cruel words but I still hate what they did. The worst offences against me were abuses of my eagerness to learn more about Christianity. In an effort to warn and comfort fellow Christians, I wrote How I Was Razed: A Journey from Cultism to Christianity. This paperback and e-book chronicles the guidence of the heavenly Father and his patience with me. Since millions of people have been harmed by toxic churches, My memoir is a valuable resource to them and their loved ones.

How I Was Razed is available from Amazon, Barnes & Noble, and Virtual Bookworm Publishers
Posted by Bruce Atchison - author at 00:00