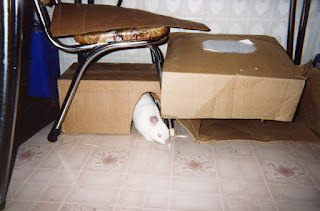 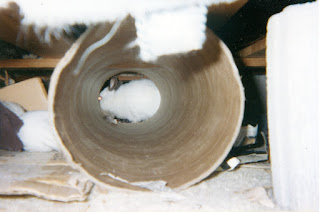 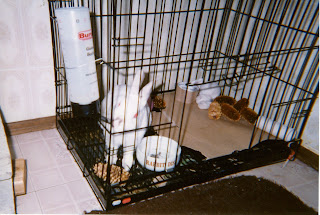 SOMEBODY ALWAYS HAS TO RUIN THE FUN.

How sad that a small number of people inevitably spoil the enjoyment of the rest. In 1969, I learned how to ride a bicycle. I had fun until the bully spoiled my joy one afternoon.
From Deliverance from Jericho (Six Years in a Blind School), here is what happened.
------------------------------------------------------------------------------
The administrators delightfully surprised us again when they purchased bicycles that November. As I had never ridden one before, I felt skeptical that I could balance on only two wheels.
The entire intermediate dorm gathered in the parking lot one Saturday afternoon to take turns riding the bikes. For those who had never ridden before, Mr. Moiarty walked next to each rider as we coasted down the slope. I had trouble at first with my balance but eventually I found it became easier to remain upright once I gained speed.
We rode those bikes as often as we could after school and after supper, doubtless making pests of ourselves to drivers on Jericho's roads. In fact, several of us were reprimanded by our supervisors for riding down the hills at breakneck speed and worrying motorists.
Not all of my rides were enjoyable however. Mr. Thynne supervised one of our cycling activities after school. When I began peddling, the bike wobbled all over the place and was hard to steer. This baffled me but I stubbornly refused to surrender my turn. I doggedly circled the junior dorms and blind children's classrooms as our supervisor instructed.
Charlie was next and I, fearing I would be blamed for the problem, let him use it without saying anything. He turned around after a few yards and said to Mr. Thynne, "Bruce broke this bike. It won't steer right."
"It was that way when I got it," I protested. Charlie continued to insist it was my fault and that I should be punished.
Mr. Thynne squeezed the front tire and said, "Here's your problem. This tire is flat." After a few minutes with the tire pump, our supervisor had the bike's tire filled and we continued riding around the building.
------------------------------------------------------------------------------
Deliverance from Jericho contains many vignettes of life in Canada's infamous institution. It was closed down in 1992 after 350 deaf students launched a sexual abuse class action suit.
I've recently published How I Was Razed: A Journey from Cultism to Christianity. Use the search box at Amazon, Barnes & Noble, and Virtual Bookworm to learn more about this testimony of God's providence.
Posted by Bruce Atchison - author at 00:00 No comments: Links to this post

THE FALICY AND FAILURE OF TELEPORTATION

THE FAIRYTALE OF TELEPORTATION. 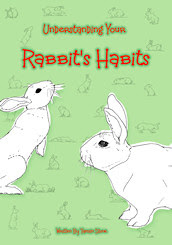 Why is the third most popular pet in America and Canada so misunderstood by people? Perhaps it's because they never learned the proper way to look after them. Worse yet, many of the books about bunnies are filled with bad advice.
One book that isn't filled with mistaken ideas regarding the nature of rabbits is Tamsin Stone's concise compendium, Understanding Your Rabbit's Habits. Illustrated with helpful drawings, it explains many physical and psychological reasons for the behaviour of pet bunnies and their wild European cousins.
From extensive research and observations of her rabbit, Scamp, Stone has put together a guide that is sure to help novice bunny owners. Even long-time "rabbit people" will enjoy and appreciate this book.
Being unlike dogs and cats, these animals react to situations differently. For example, they hate being picked up since it's like being caught by a predator. They want to keep all four paws on the floor and receive petting on their terms. Bunnies also love loafing under couches and beds because they feel protected there. Such places are like the warrens or ground cover of their ancestors.
Being herbivores, these animals instinctively chew on things. Since the teeth of rabbits continue to grow, they must eat plenty of hay to wear them down. Without cardboard boxes to chew on and newspaper to shred, indoor bunnies tend to destroy carpets and electrical wires. By rabbit-proofing rooms and making, cardboard box houses with a doorway on opposite sides, these natural-but-problematic behaviours can be redirected from dangerous or valued household objects.
Rabbits have a high degree of intelligence, a fact unknown to many people. Their wild cousins also have complex social hierarchies. Pet rabbits retain the same instincts and emotions, something to keep in mind when keeping them indoors. Otherwise they might seem aggressive, skittish, or naughty to their human caretakers.
Stone runs a rabbit rescue organization called The Rabbit House in the UK and she also blogs at http://www.therabbithouse.com/blog/ about bunny-related topics. Her book can be ordered from the The Rabbit Hous/ page. A Kindle version can be purchased through the www.Amazon UK site. It would make a wonderful gift for any rabbit-loving friend or family member.
Posted by Bruce Atchison - author at 04:34 1 comment: Links to this post

GETTING A BANG OUT OF FIRECRACKERS. 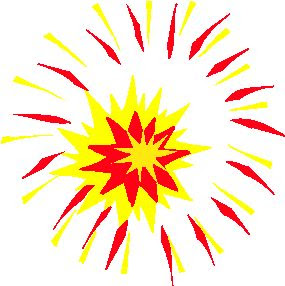 I suppose I should have written about this subject before Halloween but I didn't think of it in time. Firecrackers were one of the most memerable aspects of the holiday for me and my generation. We could easily find them for sale in corner grocery stores back then.
One of the incidents that I left out of my Deliverance from Jericho memoir was the evening one of the supervisors, who I referred to as Mr. Thynne, took us down to the school's playground to light the firecrackers we purchased. Since the totally blind kids couldn't see the end of the fuse, Mr. Thynne helped light it. Then he told the boy to throw it.
I asked Mr. Thynne if I could put mine inside of the pipe that the teatertotters rested on. When the firecracker exploded, it made a hollow sound. I expected that it would shoot out of the pipe but it didn't.
Another supervisor showed us how an exploding firecracker could make a can jump off the floor. He led us down the dorm's stairs and into the breezway. Then he lit a firecracker and placed the can over it. We all cheered when the can lept off the cement. Pleasing us even more, he let us each have a turn placing the can over our lit firecrackers.
We had fun with our firecrackers without the supervisor's help as well. The local store sold bundles of tiny firecrackers for a dime each. I felt that lighting the end of the fuse and having the whole bundle go off in rapid succession was a waste of my precious allowance money. We only received fifty cents a week. If we blew it, we couldn't beg or borrow any extra money until the next allowance payment. This taught us to be thrifty.
During one recess, I unwound the fusess from the main fuse. Lighting individual firecrackers made the experience last longer.
Since the can experiment worked so well, I put firecrackers inside bullet shells. A friend had given me a handful of them when we went to a rifle range one Saturday. The force of the explosions sent the shellsabout fifteen feet away. Not only was I pleased with the discovery but no teacher stopped me and confiscated my firecrackers.
Deliverance from Jericho (Six Years in a Blind School) describes what life was like in Canada's infamous institution, closed down in 1992 due to rampant sexual abuse of deaf students.
I've recently published How I Was Razed: A Journey from Cultism to Christianity. Use the search box at Amazon, Barnes & Noble, and Virtual Bookworm to learn more about it.
Posted by Bruce Atchison - author at 00:00 2 comments: Links to this post